After the traditional sod cutting ceremony, which blesses the ground, work on site could begin. The team started with marking out the site and testing the ground conditions.

The site at Saltpond in the Mfantseman district, will have a two classroom kindergarten school. The school will also include a kitchen,  storeroom and office, age and gender appropriate toilets, outside teaching areas, a playground and rainwater harvesting system providing safe water for cooking, washing and drinking. 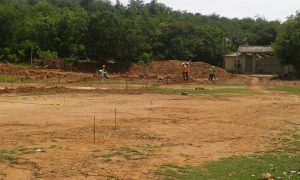 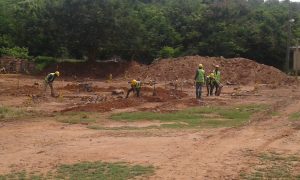 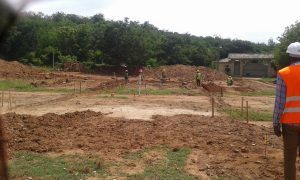 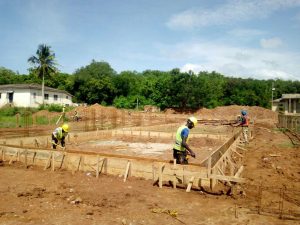 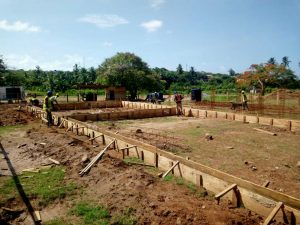 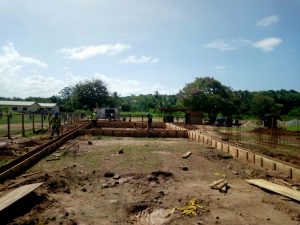