We are delighted to share that work has started on a new kindergarten school in the community of Aboadze/Abuesi, a twin fishing community in the Shama Municipal in the Western Region of Ghana. After the traditional Sod Cutting ceremony, construction began in March. The project is being funded by Tullow Ghana as part of its Social Enterprise Policy. 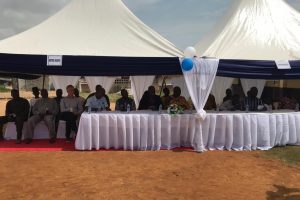 The new kindergarten is being built on the site of Aboadze/Abuesi Catholic Basic school, which has classrooms from Kindergarten Year 1 to Primary Year 6.

The first task the team had to tackle was demolishing the existing kindergarten building, which was essentially a shed with dwarf walls, metal roof and bare earth floor. The classroom often became over crowded and during bad weather children had to be relocated to the community library or return home.  Once demolished, laterite was used to level the ground. Here are some photos of original kindergarten. 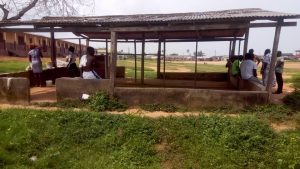 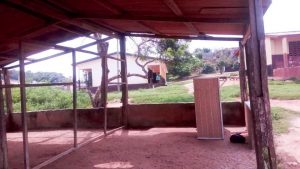 The existing site needed significant infilling to create a suitable level site to support the main classroom structure.  To achieve this a retaining wall is being built to enable a solid foundation for the school building. 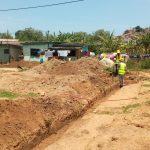 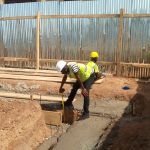 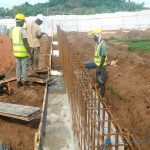 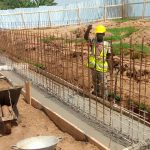