As part of a three year grant from Tullow Ghana Limited to construct six kindergarten schools, in January we started work on a new school in the community of Beyin.

Beyin is a small fishing community located in the Jomoro Municipality. There is an existing school building, which has six primary classrooms and an old Junior High School block undergoing renovations. The community has no kindergarten facilities so currently their four and five year old children are using the primary school canteen as a classroom.

After consultations with Jomoro Municipal Assembly, Ghana Education Service, the Beyin Community, and the funder the site for the kindergarten school was chosen. The community marked the start of construction with a traditional sod cutting ceremony in January.

Since then work has progressed really well. To date the following activities have been undertaken:

Watch this space for more updates …. 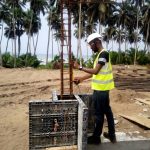 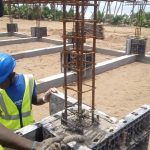 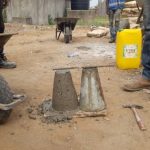 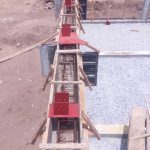 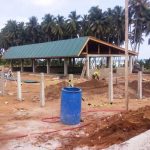 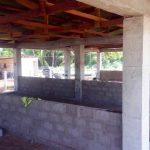