We are delighted to share the news of the official opening of our first ever Early Years Complex, serving pupils aged 3 to 8, which was recently completed at Ahobre in the Jomoro District of the Western Region of Ghana.

The school is a testament to the fundraising efforts of the 43 donors to the Ghana Drillers Charity, all of them rig workers on Ghana’s Jubilee and TEN oilfields. Over the course of six years, the Drillers donated the bonuses they received for hitting health and safety targets to a charity fund. Speaking at the opening ceremony, Chris Roos, Chair of the Ghana Drillers Charity explained how the relationship with Ahobre came about:

“In 2009 I visited Ahobre with some colleagues to donate classroom materials, and we were amazed by the way the community had responded to the prevailing refugee crisis in the Ivory Coast. This small fishing community just inside the Ghanaian border had welcomed with open arms hundreds of families fleeing the violence in the Ivory Coast. One of the consequences of this generosity from the community was that the school’s population swelled to unmanageable numbers, putting severe strain on the existing school buildings. This was where the idea to build some classrooms came from.”

In 2015, with sufficient funds now raised by their generous members, the Ghana Drillers contacted Sabre via the charity’s existing relationship with Tullow Oil, and the Ahobre Early Years project was born!

The school has been built to Sabre’s new scalable design, with the Ghana Drillers also helping to fund the re-design process. The scalable design was achieved by working in partnership with Arup International Development and it is made up of six classrooms in two blocks – one for nursery to kindergarten 2 and the second for the first three years of primary. The school complex also benefits from three outdoor teaching areas, two playgrounds, two latrine blocks and a kitchen. The complex at Ahobre is the largest school Sabre has built to date, and will provide a high quality learning environment for 240 children a year, ranging from 3 year olds in Nursery through to 8 year olds in Primary Year 3.

The Treasurer of the Ghana Drillers Charity, William Westenhaver, also highlighted the contribution of one of the group’s Ghanaian donors, Nicholas Gbordzor, Offshore Drilling EHS Advisor at Tullow Oil, who in turn gave an inspiring address to the assembled school pupils:

“When I was at school we couldn’t even dream of a facility like this, and yet with hard work and determination we achieved good results and secured good jobs. You have a wonderful opportunity with this school, it will set you on the path to great things, but remember that you must work hard and be determined to achieve your goals and realise your dreams.”

In addition to the representatives from the Ghana Drillers Charity, the opening ceremony was also attended by the Chief of Ahobre, the Jomoro District Education Director, Peter Ackah Blay, and the Jomoro District Coordinating Director, Mr Boffour Ahmed Haruna. Representing the Sabre Trust were Managing Director, Dominic Bond, Country Director, Billy Abimbilla, Interim Country Director Jon Beaulieu, and Site Engineer, Alfred Osei. The team that built the school was also honoured for their contributions with a certification ceremony.

The school’s head teacher, Cecilia Erzah, spoke eloquently about the importance of early years education and emphasised the difference that the teacher training programme which accompanied the school construction project, is already making to the teachers and children in the kindergarten classrooms. Both the District Coordinating Director and the Education Director underscored their shared responsibility with the community to care for the buildings and ensure their maintenance for this and future generations. Sabre’s Managing Director, Dominic Bond, thanked the very generous support from the Ghana Drillers to realise this project, and emphasised that the buildings were only one part of the equation, with the teacher training aspect of the project, also funded by the Drillers, proving absolutely critical in helping the classrooms to fulfil their potential.

The assembled dignitaries, parents and children were entertained by a performance from the school dance group, and poetry and dance recitals from the kindergarten pupils. The school keys were officially handed over to the Ghana Education Service by the Ghana Drillers Charity and the partners ceremonially cut the entrance ribbon to open the school. Everyone present was then treated to a tour of the premises by Sabre’s site engineer Alfred Osei.

This was a wonderful way to mark the end of a project that has been seven years in the making, and has shown the transformative effect that these very personal donations can have on generations of the youngest Ghanaians. 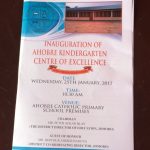 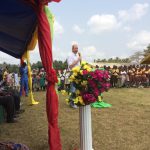 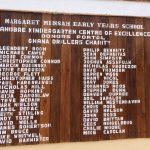 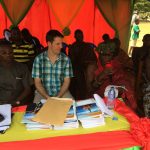 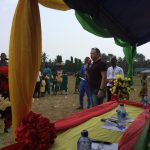 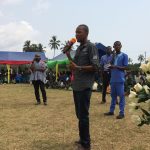 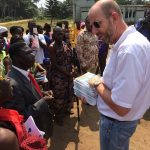 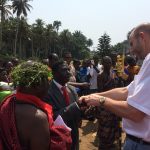 Chris Roos handing over the key 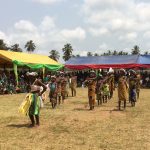 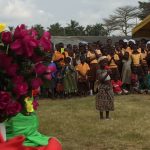 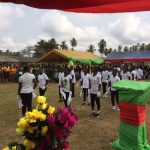 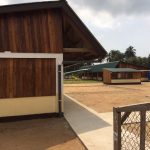 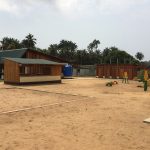 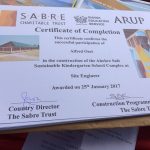 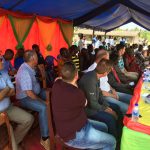 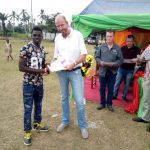 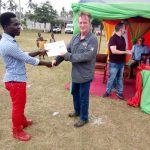 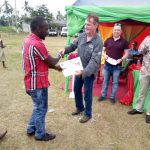 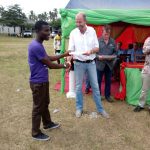 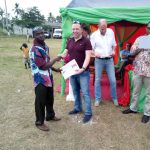 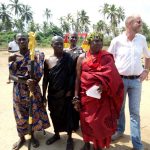 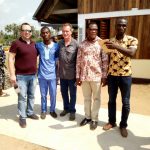 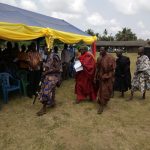 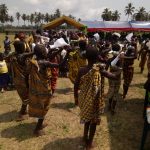 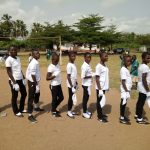 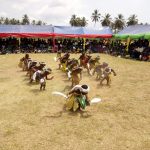 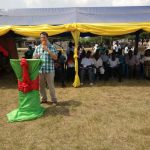 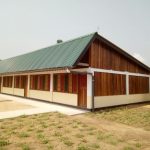 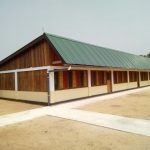