Holy Child Kindergarten Centre of Excellence was completed in early 2016 and was fully opened to the children at the start of the new term in September.  We held the official opening ceremony at the school on October 26th to give the teachers and pupils time to settle in.

The ceremony was held outside the kindergarten with local and national education dignitaries and special guests, including the Queen Mother of the local area, a representative of the Archbishop of Sekondi/Takoradi, Miss Enyonam Afi Amafuga, Ghana Education Service Western Region, Regional Director of Education, Dr Kafui Etsey of USAID Learning Project & University of Cape Coast and Dr Hipolyt Angbing, Head of Department of the Early Childhood at University of Cape Coast. With speeches galore, including from our Country Director, Billy Abimbilla, the ceremony seemed to fly by. It was great we could be joined on the day by two of our trustees, Ian Bauckham and Helen Varma – click here to find out more about their time in Ghana.

It was fantastic to see all our Building Better Schools site team recognised for their incredible efforts and they all received their certificates with great pride and big smiles.

The kindergarten pupils put on a fantastic show for the ceremony, where many of them introduced themselves and there was a group song.  Led by teachers they sang a welcome song and then a group of the pupils dressed in robes sang whilst being conducted by another one of the kindergarten pupils.

Many of our generous donors were in attendance and were delighted to see how a high quality school building with space and light combined with teacher training is maximising the effect of the learning through play approach.

After the handing over of the keys and the cutting of the ribbon, the day ended as it had started, with a prayer.

An extremely successful project at Holy Child is now fully in the hands of Holy Child College of Education and the Ghana Education Service. We expect it to play a significant part in the future of the lives of the children and the teachers for many years to come. 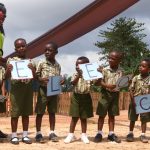 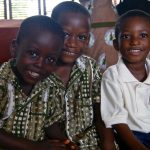 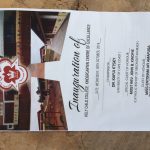 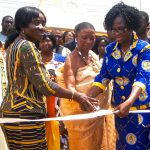 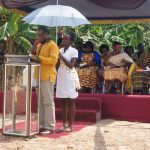 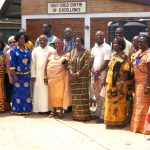 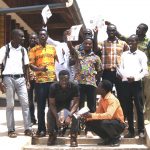 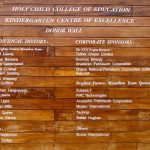 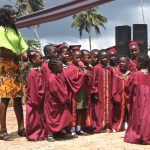 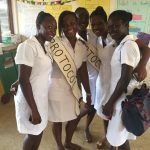