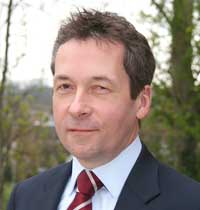 Ian has worked in education since graduating from Cambridge University. He led a modern languages department and a sixth form before becoming headteacher of a large comprehensive in Kent.  Ian was president of ASCL 2013-14. He now leads a cross-phase trust which includes a free school.

Ian chaired a review of Modern Languages in 2016 which led to the establishment of National Centre for Excellence in Languages Pedagogy at York University.  He is the Department for Education advisor on RSHE and has led on the implementation of statutory RSHE in primary and secondary schools. He was Chair of Oak National Academy from April 2020, and from January 2021 took over as Chair of Ofqual.  He has advised the Department for Education on the creation and implementation of the Early Career Framework and reformed NPQs. He also chairs the DfE’s Initial Teacher Training Market Review. He has been a trustee of NFER, and remains a trustee of Sabre Education which supports kindergarten education in Ghana. He was awarded the CBE in 2017 for services to education. As such, he can offer a strong sense of direction on the educational value of Sabre’s work.

Going to Ghana and seeing a Sabre school opened, complete with children and Tribal Chiefs

This site uses cookies to improve your experience. Read more.